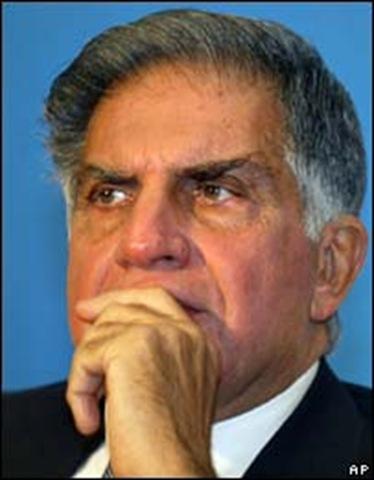 One of Mr. Ratan N Tata’s first assignments was the stewardship of the ailing electronics company in the Tata portfolio – Nelco.

Story goes that a team of senior managers from Nelco was driving to Nasik along with RNT. Halfway into the journey, the car had a flat tyre,  and as the driver pulled up, the occupants – including Mr. Tata – got off for a comfort break, leaving the driver to replace the tyre.

Some of the managers welcomed the forced break, as it allowed them a  much-needed chance to light up a cigarette. Some used the opportunity to stretch, and smile, and share a joke. And then, one of them suddenly noticed that Mr. Tata was not to be seen, and wondered aloud where Ratan Tata might have vanished. Was he behind some bush? Had he wandered off inside the roadside dhaba for a quick cup of tea?Or was he mingling with some passer-bys, listening to their stories?

None of these, in fact while his colleagues were taking a break, Ratan Tata was busy helping the driver change tyres. Sleeves rolled up, tie swatted away over the shoulder, the hands expertly working the jack and the spanner, bouncing the spare tyre to check if the tyre pressure was ok. Droplets of sweat on the brow, and a smile on the face.

In that moment, the managers accompanying Ratan Tata got a master class in leadership they haven’t forgotten. And that’s a moment that the driver of that car probably hasn’t forgotten either.

I recently bought Reliance Broadband+ connection for wireless internet as there were a lot of issue with the wired one due to the construction going around and the digging of roads involved. I enquired about both Tata and Reliance and had to buy Reliance as Tata was some how not feeling right.

Reliance has a lot many flexible plans and that tempted me to go for reliance.

Speed that I get are upto 350 KBPS at times but most of the time the connection is at 1.6 mbps ie arounf 150 to 200 KBPS which is decent enough.

While idle there is bare minimum usage of a couple of KB per second and it also goes to 0.00 KBPS when all connections are idle. 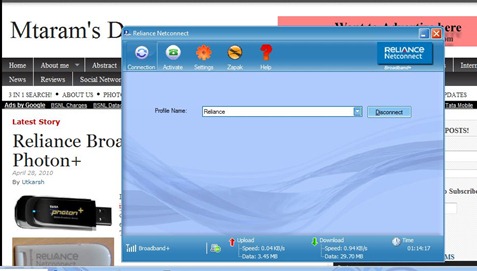 At times the device is not identified but just reinstalling the application once more does the trick and barely takes a minute. May be this is just with me.

One doubtful thing over here is that Reliance has no way of tracking the sessions as in they wont be able to show you how much data was downloaded/uploaded in day and night slots separately.

This might confuse the customers and the there will be billing issues. I was told by the contact centre executive that they are working on it so lets see how soon they can do it considering that its not that big a task. BSNL has been doing such session based tracking since the beginning.

One more thing that pushed me towards Reliance was  low modem cost and the discount of INR 200 on the plans that are above  INR 1000.

I have been using Reliance in various cities and the past experience had been good so I again went with the tried and tested one instead of experimenting.

If any one has any experience with Photon+ please share with us.