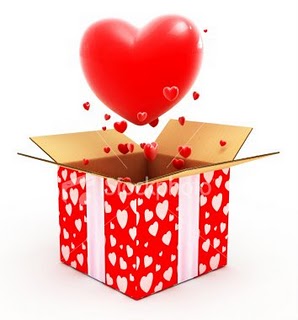 The story goes that some time ago, a man punished his 3-year-old daughter for wasting a roll of gold wrapping paper. Money was tight and he became infuriated when the child tried to decorate a box to put under the Christmas tree. Nevertheless, the little girl brought the gift to her father the next morning and said, “This is for you, Daddy.”

The man was embarrassed by his earlier overreaction, but his anger flared again when he found out the box was empty. He yelled at her, stating, “Don’t you know, when you give someone a present, there is supposed to be something inside? The little girl looked up at him with tears in her eyes and cried, “Oh, Daddy, it’s not empty at all. I blew kisses into the box. They’re all for you, Daddy.”

The father was crushed. He put his arms around his little girl, and he begged for her forgiveness.

Only a short time later, an accident took the life of the child. It is also told that her father kept that gold box by his bed for many years and, whenever he was discouraged, he would take out an imaginary kiss and remember the love of the child who had put it there.

In a very real sense, each one of us, as humans beings, have been given a gold container filled with unconditional love and kisses…from our children, family members, friends, and God. There is simply no other possession, anyone could hold, more precious than this.

This was narrated at a Seminar recently on Human Relations :

Venkatesh Balasubramaniam (who works for IIT) describes how his gesture of booking an air ticket for his father, his maiden
flight, brought forth a rush of emotions and made him (Venkatesh) realize that how much we all take for granted when it comes to our parents.

My parents left for our native place on Thursday and we went to the airport to see them off. In fact, my father had never traveled by air before, so I just took this opportunity to make him experience the same. In spite of being asked to book tickets by train, I got them tickets on Jet Airways.

The moment I handed over the tickets to him, he was surprised to see that I had booked them by air. The excitement was very apparent on his face, waiting for the time of travel. Just like a school boy, he was preparing himself on that day and we all went to the airport, right from using the trolley for his luggage, the baggage check-in and asking for a window seat and waiting restlessly for the security check-in to happen. He was thoroughly enjoying himself and I, too, was overcome with joy watching him experience all these things.

As they were about to go in for the security check-in, he walked up to me with tears in his eyes and thanked me. He became very emotional and it was not as if I had done something great but the fact that this meant a great deal to him. When he said thanks, I told him there was no need to thank me. But later, thinking about the entire incident, I looked back at my life.

As a child, how many dreams our parents have made come true. Without understanding the financial situation, we ask for cricket bats, dresses, toys, outings, etc. Irrespective of their affordability, they have catered to all our needs. Did we ever think about the sacrifices they had to make to accommodate many of our wishes? Did we ever say thanks for all that they have done for us?

Same way, today when it comes to our children, we always think that we should put them in a good school. Regardless of the amount of donation, we will ensure that we will have t give the child the best, theme parks, toys, etc. But we tend to forget that our parents have sacrificed a lot for our sake to see us happy, so it is our responsibility to ensure that their dreams are realized and what they failed to see when they were young. It is our responsibility to ensure that they experience all those and their life is complete.

Many times, when my parents had asked me some questions, I have actually answered back without patience. When my daughter asks me something, I have been very polite in answering. Now I realize how they would have felt at those moments. Let us realize that old age is a second childhood and just as we take care of our children, the same attention and same care needs to be given to our parents and elders. Quality time and politely answering them with out making them wait is important. Now I realize that I must look at their eyes and answer them pleasantly and pretend to be reading papers and answer in mono syllables. Rather than my dad saying thank you to me, I would want to say sorry for making him wait so long for this small dream. I do realize how much he has sacrificed for my sake and I will do my best to give the best possible attention to all their wishes.

Just because they are old does not mean that they will have to give up everything and keep sacrificing for their grandchildren also. They have wishes, too.

Take care of your parents. THEY ARE PRECIOUS.

An 80 year old man was sitting on the sofa in his house along with his 45 years old highly educated son. Suddenly a crow perched on their window.

The Father asked his Son, “What is this?”

The Son replied “It is a crow”.

After a few minutes, the Father asked his Son the 2nd time, “What is this?”

The Son said “Father, I have just now told you “It’s a crow”.

After a little while, the old Father again asked his Son the 3rd time,

At this time some ex-pression of irritation was felt in the Son’s tone when he said to his Father with a rebuff. “It’s a crow, a crow”.

A little after, the Father again asked his Son t he 4th time, “What is this?”

This time the Son shouted at his Father, “Why do you keep asking me the same question again and again, although I have told you so many times ‘IT IS A CROW’. Are you not able to understand this?”

A little later the Father went to his room and came back with an old tattered diary, which he had maintained since his Son was born. On opening a page, he asked his Son to read that page. When the son read it, the following words were written in the diary :-

“Today my little son aged three was sitting with me on the sofa, when a crow was sitting on the window. My Son asked me 23 times what it was, and I replied to him all 23 times that it was a Crow. I hugged him lovingly each time h e asked me the same question again and again for 23 times. I did not at all feel irritated I rather felt affection for my innocent child”.

If your parents attain old age, do not repulse them or look at them as a burden, but speak to them a gracious word, be cool, obedient, humble and kind to them. Be considerate to your parents.From today say this aloud, “I want to see my parents happy forever. They have cared for me ever since I was a little child. They have always showered their selfless love on me.

They crossed all mountains and valleys without any problem to make me a person presentable in the society today”.

Say a prayer to God, “I will serve my old parents in the BEST way. I will say all good and kind words to my dear parents, no matter how they behave”.