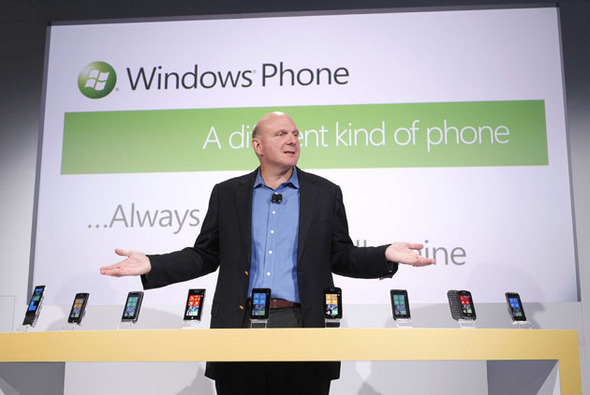 Microsoft tracks the location of its mobile users even after customers turned the software off, a lawsuit filed on Wednesday alleges.

The legal action claims that owners of Windows Phone 7 smartphonesare being unwittingly tracked when the camera on their phone is switched on.

The lawsuit, filed in a Seattle federal court, claims that Microsoft collects data about the whereabouts of its users even after customers have opted out of location tracking.

The lawsuit alleges that Microsoft’s letter to congress, which claimed that location data is collected “always with the express consent of the user”, was “false”.

The claim, filed by Rebecca Cousineau, says that Microsoft transmits data including coordinates of a customer’s location when the phone’s camera is switched on. According to the lawsuit, hidden tracking affects smartphones using Microsoft’s Windows Phone 7 software, such as the HTC 7 Mozart and the Samsung Omnia 7.

Microsoft is understood to be preparing a response to the claims.

In its representation to US Congress in May, the Redmond, Washington-based company said that tracking users’ location helps “deliver more useful and relevant experiences to users”.

It adds: “To provide these rich experiences, Microsoft collects limited information necessary to determine the approximate location of a device. Collection is always with the express consent of the user and the goal of our collection is never to track where a specific device has been or is going.

“We believe that, when designed, deployed and managed responsibly, the location-based feature of a mobile operating system should function as a tool for the user and the applications he or she elects to use, and not as a means to generate a database of sensitive information that can enable a party to surreptitiously ‘track’ a user.”

Microsoft spokespeople have been coy about when the Office 365 cloud service will launch, saying only that it will come out later in 2011. But CEO Steve Ballmer has revealed that it will launch in June.

Speaking in Delhi, India, to an industry group last week, Ballmer said, “We’re pushing hard in the productivity space. We’ll launch our Office 365 cloud service, which gives you Lync and Exchange and SharePoint and Office and more as a subscribable service that comes from the cloud. That launches in the month of June.”

Ballmer also recently announced that Windows 8 will be released in 2012.

We’re checking with Microsoft’s public relations firm to see if June is the official launch date for Office 365.

The cloud service will replace the current Business Productivity Online Suite (BPOS), and include access to Exchange, SharePoint, the Lync unified communications suite, and both desktop and Web-based versions of Office tools such as Word, Excel and PowerPoint. The Office 365 beta has attracted more than 100,000 customers, and was recently expanded to become a public beta available to anyone.

In April, Microsoft would only say that Office 365 will launch later this year, but a midyear launch would make sense given the competition Microsoft is facing from Google Apps.

After months of speculation and leaks, most of which turned out to be fake, Microsoft finally showed off a preview of Windows 8 at the D9 conference this week. The new OS is a drastic break from previous Windows versions, and the company has learned a lot from the two competitors that most threaten its existence: Apple and Google. What we’ve seen of Windows 8 shows a clear emphasis on touch-capable interfaces and optimization for smaller devices like tablets—a market owned currently by Apple with its iPad and one that Windows 8 targets head-on.

And from Microsoft’s other would-be nemesis, Google, comes the idea of all apps being Web apps. According to Microsoft, new Windows 8 apps will be built on HTML5 and JavaScript—just like Web apps.

But the Redmond-based software giant steals from its own stable of ideas as well, most dramatically in its use of the Metro, tile-based interface of Windows Phone 7. From Windows 7 comes the ability to snap and resize an app to the side of the screen, à la Aero Snap. Google lifted the veil on its chrome laptop Wednesday and also launched a somewhat Quixotic initiative to dent Microsoft’s dominance in the enterprise with a program that provides software, laptops and support for $28 per month per user.

As Apple continues to make modest advances in the office now Google wants a piece of the action and is offering up an IT-displacing idea that seeks to emphasize peace of mind as much as it does price.

The idea is simple. Businesses spend a lot of money on IT support, hardware and software — the core of which is commodity computers running a flavor of Windows OS and Microsoft Office. They hold on to computers as long as they can both for reasons of cost and to simplify support, which generally is provided locally through the IT department.

Google’s alternative provides small, standardized laptops from Samsung and Acer running its Chrome OS, which debuted in December. The new Chromebooks, as Google dubbed them, are fully web-based — both programs and storage is “in the cloud.” Users have access to use a wide range of productivity software, like Google Docs, Salesforce CRM and photo editing software, with no installation or and upgrades automatically performed in the background. Google provides all support, including repair and replacements.

Google has made less ambitious plays for the enterprise before. It’s first attempt the paid version of Google Docs, has had some success with smaller businesses, but hasn’t turned into a significant revenue source for Google. And, given its Nexus One past, Google it isn’t exactly known for its customer service.

But diversification is seen as key for the search giant, since its core advertising products are still responsible for more than 90 percent of its revenue. So we see a push into the mobile space with Android — a direct blow at Apple’s smartphone and tablet business — and a challenge to Microsoft in its workplace wheelhouse.

Microsoft’s historic and prolonged dispute with U.S. regulators over antitrust violations has finally come to an end. And how things have changed.

May 12 marks the expiration of a consent decree the software giant signed with the Department of Justice in 2002, an agreement that narrowly saved Microsoft from being broken up after it was found guilty of using its dominant position to stifle competition.

On the anniversary of the agreement, the Department of Justice cheered its victory, while Microsoft adopted a more repentant tone. The company said of the thirteen years it spent under the scrutiny of antitrust regulators, “Our experience has changed us and shaped how we view our responsibility to the industry.”

The Department of Justice celebrated the Microsoft antitrust case as a vital ruling that fostered competition in the tech industry and said it had paved the way for new products, including “computing services and mobile devices.”

When Microsoft announces its fiscal third quarter earnings after the market closes today, most analysts will zero in on one data point–how Windows is selling.

Windows–one of the three engines that powers Microsoft sales and profits, along with Office, and server software–seems likely to have a sluggish quarter. Two weeks ago, research firm IDC surprised industry watchers with a report that global PC shipments declined 3.2 percent during the first quarter, compared with the year-ago period, citing “cautious business mentality and waning consumer enthusiasm.”

“Clearly, the PC market is under pressure,” said Adam Holt, a Morgan Stanley analyst. And since the vast majority of PCs run Windows, Microsoft earnings are under some pressure too.

There’s little doubt that Microsoft will report its best-ever fiscal third quarter revenue. But with slowing PC shipments, Windows, which should account for about 28 percent of Microsoft’s overall sales this quarter, will be a drag on earnings. Slowing sales of Windows, long the fuel for Microsoft’s economic engine, is cause for some concern.

On Tuesday, Holt cut $200 million from his projections for Windows sales in the fiscal third quarter to $4.47 billion, a 4 percent decline from the year-ago period. And since Windows accounts for about 28 percent of Microsoft’s overall revenue, Holt nudged his overall quarterly estimates downward, expecting the company to earn $4.47 billion on sales of $15.8 billion.

Just days after reports that Google and Facebook were interested in partnering with, and possibly buying VoIP company Skype, Microsoft announced that it was buying the company for $8.56 billion in cash.

Last year, Skype had revenue of $860 million on which it posted an operating profit of $264 million. However, it overall made a small loss, of $7 million, and had long-term debt of $686 million. It was the second time Skype has been bought out; after being started in 2003, it was purchasd by eBay in 2005 for $3.1 billion. eBay then sold the majority of its stake in 2009 to a private investment group for $1.2 billion less than it paid.

Microsoft issued a patch for its Word software to comply with a court ruling that it infringed on patents relating to the use of XML or extensible markup language in its flagship word processing software.

The US Court of Appeals for the Federal Circuit had ordered Microsoft to stop selling Word programmes containing the infringing code from Jan 11, 2010. It also upheld jury-imposed damages of $290 million.

The ruling came in an appeal by Microsoft against a Texas jury verdict last August that found Microsoft had violated patents owned by Canadian software company i4i Inc.

“A small company was practicing its patent, only to suffer a loss of market share, brand recognition and customer goodwill as the result of the defendant’s infringing acts,” the three-judge panel said in court documents.

“The district court found that Microsoft captured 80 percent of the custom XML market with its infringing Word products, forcing i4i to change its business strategy.”

The patch was made available to computer makers to install on new machines preloaded with the Word software and strips Word and other Office programs of custom XML editing capabilities which is used by companies to link their data to Word documents.

Microsoft Office, which includes Word, PowerPoint, and Excel is used by millions of businesses and consumers and accounted for more than $3 billion in worldwide sales in Microsoft’s most recent fiscal year.

Lately I installed windows 7 on my xps 1210 and its awesome. I had been discovering small tricks in win 7 and then I stumbled upon to this mega tricks list of the OS on msdn blogs.