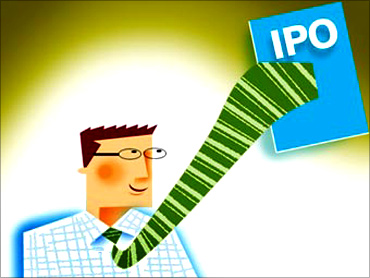 IPO’s or initial public offering is best understood as the first public offering of shares by a private limited company before listing in a stock market. Looking down IPO’s history of success and failure stories, you would be smart to first fully understand the various aspects behind such offerings and makes the right choice to invest or not in IPO’s. It is advisable to understand that

investing in IPO’s could prove risky with unfavorable market situations and sentiments and when the fundamentals of the company and industry are weak. It is best to go by facts, avoid being influenced by rumors and have a closer look at the past performances also.

Understanding the concept of investing in IPO does require a clear look into these factors:

It is not wise to believe rumors and success stories of IPO’s at face value, for investing in IPO’s is not easily learnt and there could be some misconceptions. So it is best to venture into IPO’s only after you have learnt the art of investing your hard earned money in them.

It is wrong to be overwhelmed with hearing general statements that some IPO’s are attractively priced. You would be smarter comparing the price earnings ratio that helps get the relationship between the stock price and the company’s earnings and comparing it with those of competitive companies.

Beware of being under the misconception that investing in IPO’s could give you great gains on listing. It has been noticed by both amateur as well as experienced investors that sometimes high losses are also made. It would be safer and secure not gambling in the shares of new issues.

It is good to experiment with new products in the market. But I would say that it is not smart to have this attitude with shares and invest in IPO’s. Investing is about getting effective and safe returns on the hard earned money that you put into shares, so it would be smarter putting your money to work in index stocks that have been in the market for a long time and have survived the volatile economic market for long.

Beware of being influenced by the favorable feeling and trend in the investment market to borrow money from financial institutions of brokerage companies for getting higher allotment of shares. It is sometimes very difficult to judge the trend of the market especially as an amateur and this could make you end up in huge losses coupled with the repayment of the loan with interest.

Some assume that investing in IPO’s would surely bring about gains in the long run. However I would suggest that you would definitely be much better off investing in good listed shares that have a proven record, though they sell at a higher price. However you may invest with sufficient information of the IPO’s, but could not always be sure that the listing will not bring down the issue price.

So it is best to be prudent and informative before investing in IPO’s.

Factors that have a bearing on analyzing investments in IPO’s:

It is first important to know that companies are required to file their draft red herring prospectus (DRHP) with SEBI while floating an IPO. Analyzing this document would give you financial and other information about the company. The highest percentage of shares held by institutional investors, banks and financial institutions could be a positive indicator to invest in IPO’s.

Another factor having a bearing is strong promoter backing. Big companies like Tata and Birla bring about credibility and also add a premium to the price of IPO’s. The ownership by the government and public sector undertakings are also an indicator of high level of safety of returns.

The other major, though not the only indicator though is grading, with a higher grading being good. However also could be false as seen with the IPO of Vasvani Industries that had a 2/5 grading.  Similarly high graded companies like Galaxy Surfactants with a CRISIL rating of 4/5 withdrew its IPO. So it is best to understand that even some good companies withdraw their IPO’s due to poor public sentiments and difficulty experienced in raising funds in the market.

The objective for raising funds would prove to be an important indicator to its profitability and time for return. Finding out this objective looking at various factors like the businesses past performance, future growth prospects, potential rate of return and profitability. In addition it is best to avoid investing in businesses that you cannot understand.

Last, but most important a periodic review would help you understand how your investment in IPO’s are fairing and help effect follow-up. However it is advisable to avoid taking hasty decisions to sell, as some IPO’s have underperformed initially but has given consistent returns in the long run. But prompt follow-up action would be required in case of IPO’s that lose very badly or are fundamentally wrongly invested.

To conclude investing in IPO’s is best kept to the minimum as they involve a high level of research and uncertainty. However if they are selectively chosen they would help avoid investments with bad performance.