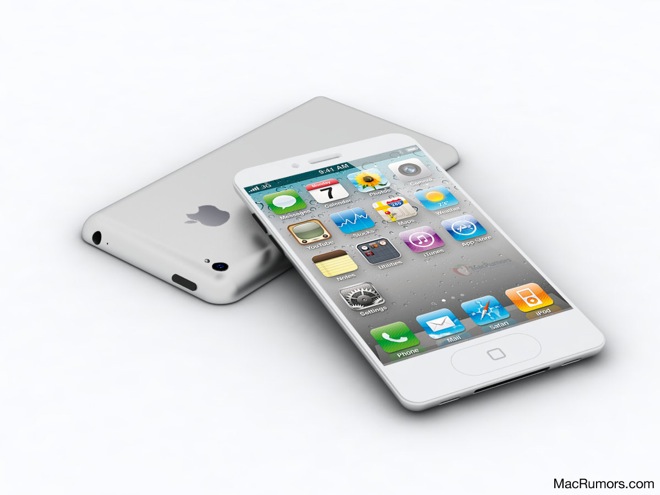 Leaked case designs have been a surprisingly good barometer for predicting the shapes of previous iPhones and iPods, and even the iPad 2. The thinking goes that iPhone cases are big business, and case-makers are willing to pay big bucks to get their hands on the details so they can have cases in stores on launch day.

Couple this with the fact that Apple is surely already building zillions of iPhone 5s to avoid any shortages at the expected September launch, and there must be some underpaid worker, somewhere, willing to sell the secrets.

So it is that MacRumors commissioned Italian designers Ciccarese to make a CG mock-up of the iPhone 5 based on already leaked case designs. Could this be the shape of the iPhone 5?

Apple might be planning to adopt curved glass on the next iPhone, according to a report.

Taiwanese publication DigiTimes claims that Apple has purchased about 300 glass-cutting machines in preparation for producing curved cover glass for the iPhone 5.

It’s unclear what role curved glass would play on an iPhone, though it’s worth noting that the previous-generation iPod Nano used curved glass for its display. Also, MacRumors chief Arnold Kim points out that Samsung’s Nexus S uses a convex curved screen, to improve comfort and perceived usability.

In addition to today’s report about a curved display, publications have claimed the following about the iPhone 5:

Multiple publications claim the iPhone 5 will not be announced at Apple’s Worldwide Developers Conference (WWDC) in June, where the company has traditionally introduced new iPhones.