Netflix streaming movies now fill more of the United States’ internet tubes than any other service, including peer-to-peer file sharing, which long held the top spot — to the consternation of Hollywood.

That means for perhaps the first time in the internet’s history, the largest percentage of the net’s traffic is content that is paid for.

The change is reported in the spring 2011 internet traffic report (.pdf) from Sandvine, a company that sells network management and measurement software to large ISPs. A new service started by Bharti Airtel will allow any mobile phone user to access Facebook for just a rupee a day. The beauty of this service is that it works on virtually any GSM mobile phone, even if it is not internet-enabled.

This new service makes use of USSD (Unstructured Supplementary Service Data) service, which is a protocol used by GSM to communicate with service provider s computers. Those who have had mobile phones for over a decade, may remember that USSD had been in use in the form of WAP-over-SMS to access mobile internet in phones not supporting any form of internet connectivity.

Due to the limitations of the technology, the interactivity is also limited to status updates, “friend” requests and posting text on walls. While Facebook is the dominant social networking website globally, it is still in second place in India behind Google’s Orkut, which is still in leading comfortably. But Facebook is fast gaining popularity and moves like these may only serve to its advantage.

Currently, only Bharti Airtel offers a service such as this, but we may soon find other GSM service providers follow suit. Google has long let you look up local businesses on its mobile search page, leveraging the location services features on smartphones. Friday, they added local news.

The address is the same — news.google.com — and the sources are those already available via Google News. But now you are prompted to agree to share your location, rather than punch in a zip code or locale name on the personalized landing page.

the discovery engine doesn’t just leverage your location to tap into local sources for news, it also find stories about your location from publications that aren’t near you.

This HTML5 web page is super fast, and is utterly configurable except that you can’t bury “Top News” Facebook was griping that Google is getting information about its users without permission. But some information that users share with Facebook is available publicly, even to people who aren’t their friends in in their social networks – or even are members of Facebook. It’s not because outsiders raided the service and exposed that information. It’s because Facebook chose to expose it.

Facebook used to have an implicit promise with its users. Basically the deal was what goes on Facebook stays on Facebook. But over the past couple of years Facebook has chosen to alter the deal. Certain profile information became available outside of Facebook, easily searchable via Google and other means. (Users can opt out of showing this but relatively few do.) Some of that profile information includes a few of the people on the user’s friend list. By repeatedly pinging public profiles, it’s possible for Google or anyone else to figure out pretty much all your friends.

This information is a lot easier to unearth from inside Facebook, but actually logging into Facebook to purloin information would indeed be troublesome. For one thing, it would violate the terms of service agreement. Is Google doing this? One of the Burson operatives implied that it is. But Google says the company does not go inside Facebook to scrape information, and I find this credible. (If Facebook has logs to prove this serious charge, let’s see them.)

When Google launched Social Search, it also said specifically that it was not going to learn about Facebook connections by mining the Web as described above. Just how Google does get Facebook information is complicated, much of it seems to be by permission.

But even if Google did scrape information from the public web, would that be so bad? You can argue whether or not Google would be crossing a privacy line by doing this. (And, remember, Google says it is not mining that public information.) But it’s an argument with a pro and con. What you cannot argue is that is not Google but Facebook that puts some Facebook information into the open Web.

That is why Facebook’s campaign is so weird. If outsiders are going to examine how third-party companies get information about Facebook’s users, you can’t help but question why some Facebook information, by default, shows up on the open web. 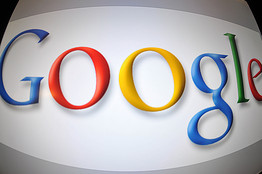 With privacy a hot-button topic for the past few weeks, thanks to revelations about location tracking via smartphone and the like, the timing of what has now been revealed as a Facebook smear campaign against Google must have seemed perfect. But the campaign gets a big fat “F” for execution.

The Daily Beast reports that Facebook has admitted to hiring PR firm Burson-Marsteller to push the media to write about privacy issues surrounding a Google tool called Social Circle, which allows Gmail users to see their social connections as well as those of their contacts. A Facebook spokesman told the Daily Beast that the company is concerned with the privacy implications of Google’s scraping of what a Google spokesman told USA Today is information that’s public — data gathered from Facebook, Yahoo, Twitter, LinkedIn, Yelp and more. The PR campaign began to unravel when a blogger refused to cooperate because Burson wouldn’t name its client; the blogger instead published the email exchange with John Mercurio, a former reporter now working for Burson.

The Pirate Bay, which calls itself “the world’s largest bittorrent tracker,” is currently inaccessible to many people around the world, including Comcast users in the United States, according to various reports. This has raised suspicions that Comcast is “at it again” and is blocking the Sweden-based file-sharing site, but in a comment to Engadget, Comcast denies doing so. Comcast, of course, has throttled file-sharing traffic before. Its 2007 throttling of BitTorrent traffic led to an FCC investigation, and was the precursor for net neutrality rules that are still being debated to this day.