Hey Santa I have collected the socks and have hung them where ever I could find a place. My list includes …

Happiness and joy for all and 🙂 on every face.

That is what i want from you for all.

Merry Christamas to all

NULL [0x00] is a Network Security community for ethical hackers, security professionals and security enthusiasts, born out of the need for a centralized knowledge base in security and the fact that security is treated as an add-o and ignored many a times. It is a step to move towards immunity from security.
We had the first workshop at I2IT Pune and it was a great success.
The major attractions of the workshop were the Wireless Security and the TCP/IP and NMAP workshops where in the audience not only learned the theoretical things but also saw in real-time that how insecure is a WEP secured wireless network and how one can steal Gmail password which is considered to be very secure by means of ARP poisoning and fake certificates.
The support and hospitality at I2IT by the volunteers and staff was excellent. We never had expected such great response from them and we appreciate the effort.

Speakers @ NULL were:
Aseem Jakhar (Founder: NULL security community) A network security and open source enthusiast (and a system programmer for living). He has contributed to the development of various security products and networking/security modules including:
– Firewall
– Regex filters.
– Baysian filters.
– Heuristic filters.
– Genetic Algorithm based score generator for heuristic filters.
– Advanced attachment filters.
– Multicast packet-reflection daemon.
– SMTP engine.
– DNSBL engine.
Aseem is an active speaker at security/open source conferences like Blackhat Europe 2008, ClubHack 2008, Gnunify 2007. He was also invited to speak at Inbox/Outbox UK 2008. He is a C|EH from Ec-Council and is actively involved in security research. He has also given security advisories to various organizations including banks.

Murtuja Bharmal (Co-founder – NULL)
Murtuja is a Linux Kernel and Network Security maniac. Earning livelihood by working as a System Programmer. He has been contributing in development of various Network Security
products like Firewall, VPN, Application Proxies, and Authentication Modules for the past 5 years. Murtuja is a C|EH from EC-Council, is actively involved in Security practices, development, consultancy, with prestigious organizations. He has single handedly developed firewall product and got it compliant with ICSA-Labs and also has expertise in customization, security patching and integration of open
source products like SQUID, IPTables, VRRP, and OpenSwan.

Ajit Hatti (Member – NULL)
Ajit Hatti is a “Software Architect & System Programmer” by profession and “Network Security, Linux Enthusiast”. From last 4 years he has been contributing in research & development of security products like IPS/UTM/Mail Security & Network Scanners with various renowned Organizations. Ajit is also actively contributing in vulnerability research of various protocol implementations and has been researching on modern techniques of Fingerprinting & Application/OS detection. Ajit is also associated with PLUG, CSI, and Ubuntu’s development and testing. 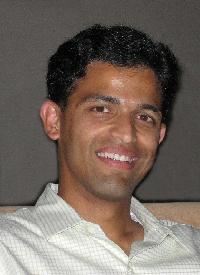 Nickhil is a great guy to listen to. He is an advisor and friend to startups in the US and India. I personally find Nickhil’s experiences insightful and it is always a pleasure talking to him. He has done talks like these in Berkeley, Stanford, Symbiosis and COEP in the past and people love it. Even though this is last minute, you should definitely try to attend the talk.

Here are some highlights of Nickhil’s background:

Venue: ThoughtWorks Saturday, 20th December
Tower C, Panchshil Tech Park
Yerwada Pune – 411006
A group of OpenSocial enthusiasts from pune have come together to bring this event. The event is aimed to unite all the OpenSocial Application Developers from all over the country and just share/code/have fun and maybe inspire a few wannabee.

We are sure this will be a great help towards awareness of OpenSocial and building a strong OpenSocial developers community. As this is a event arranged by some enthusiast developers like us and not by any organization this will be event completely oriented towards OpenSocial and no marketing for any company or jobs.
Who should attend?
Anyone who developed any application based on OpenSocial platform or anyone who want to learn how to create OpenSocial Applications. Generally you will have to pay around Rs.5000 to attend such conference but this event is completely Free for you. Thanks to our speakers and sponsors.
Can I attend this event?
Yes. Please use Register link to register yourself. This is a closed and invitation only event. Only 200-250 applicants will get chance to participate. Selection will be done based on answers provided by you at registration form. We are looking towards having 80% OpenSocial developers and 20% developers who want to learn OpenSocial. Selected developers will get attende code before 15th Dec 08.

A Network Security community for hackers, security professionals, security enthusiasts and anyone related to IT; for whom security matters.

This year end seems to be a lucky one for me as one of my long awaited dreams came true. I attended a conference on Hacking and Security. ClubHack India’s own hackers’ convention.

I was at the right place and at the right time. There were warious talks and presentations and the best among them was the Backtrack workshop and Wireless secuity. 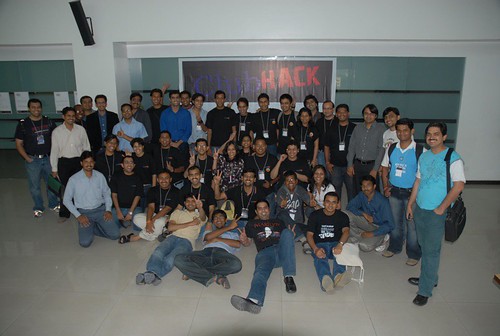 Create Fake Magazine Covers with your own picture at MagMyPic.com

Symbiosis Infotech Campus is one of the most happening campuses in Pune. Lately SCMHRD one the best Business Schools in India has their annual feat NEEV 08 in which all of us had a gala time and the spotlight event was the Live performance by KK. Here are a few glimpses of the performance.

Its been years i was trying to have my own domain name, and now that i have it I am pleases again with myself beacuse it is an achievement for me. I have made a crude [read crappy homepage] for the time being and am working on my official website. Hope it gets done soon.

Thank you all for your support

SCIT is a premier IT Business School nurturing genuine IT talent. A student at SCIT is continually groomed to become a future leader in technology or business in the IT industry, capable of facing the challenges of the IT industry – the advancing technology and continually changing business environment. SCIT welcomes those, who are willing to take on such challenges and transform themselves into proactive professionals. The institute supports their metamorphosis with innovative teaching-learning methodology, state-of-the-art computer labs and resources and overall professional development plans to become industry-ready IT professionals.