Updating the flash player and the browser does not help. After a lot of searching the culprit was found to be the hardware acceletation setting of the new flash player.

Go to this site: http://www.adobe.com/software/flash/about/.

Right click on the Flash logo, Settings,
then UNcheck the hardware acceleration in Display Settings.

If that doesn’t solve it, you may need to update your video card driver also.

If everything is right the flash animation will show up on the page mentioned above. And you will not face issues with the video sites like youtube and all.

A boot sector  virus is a virus that places its own codes and commands into a computer’s DOS boot sector or Master Boot Record (MBR). When a boot  sector virus has infected a system, the MBR is usually corrupted and a computer’s boot sequence is changed. Since the MBR is located on the first sector  of a computer’s hard disk, the virus is called a boot sector virus.
Boot  sector viruses can be dangerous and prolific because they are loaded onto a computer every time one starts up. In time, they can spread to other readable disks. Booting problems and start up problems, problems with retrieving data, computer performance instability and the inability to locate hard drives are all issues that may arise due to a boot  sector virus infection.
Fortunately, boot  sector virus removal is easy. Using common antivirus software can remove the virus  quickly and efficiently. However, it is important to find an antivirus software that is capable of removing the virus  completely. Failing to do so can result in a partial removal, which can then lead to a different part of a hard drive being effected. Investing in an antivirus software can also help protect data and files during the removal process.

I would recommend that first you remove the hard drive and connect it to another computer and run a low level format. If that doesn’t help then proceed with the following.

1. Remove any important files and shut down the infected computer. You can not begin to remove the virus if it is in the RAM in your computer.

2. Get the instructions and the utility to flash your BIOS from your manufacturers website.

3. Flash your BIOS with the utility provided by the manufacturer. DO NOT TURN OFF YOUR COMPUTER UNTIL THE UTILITY TELLS YOU THAT YOU CAN. DOING SO BEFORE IT IS FINISHED MAY PERMANENTLY DAMAGE YOUR COMPUTER.

4. Find out which company manufactures your HDD and see if they have a utility that will do a Low-Level format. This part is important because it deletes everything from your hard drive so that no one can get it back, including the virus.

5. Run the formatting utility provided by your HDD manufacturer.

6. Reinstall your Operating System of choice however you want to. 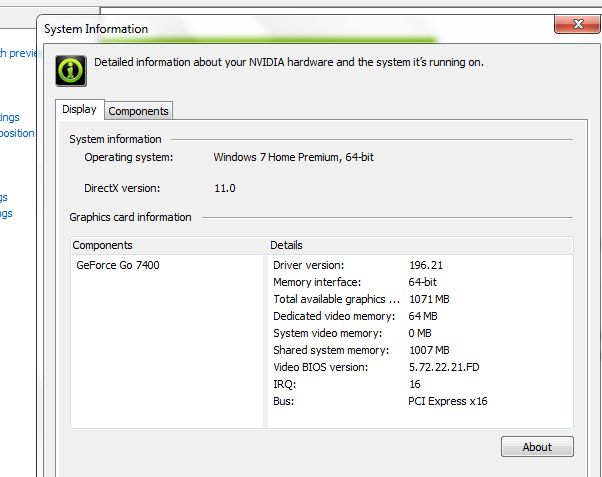 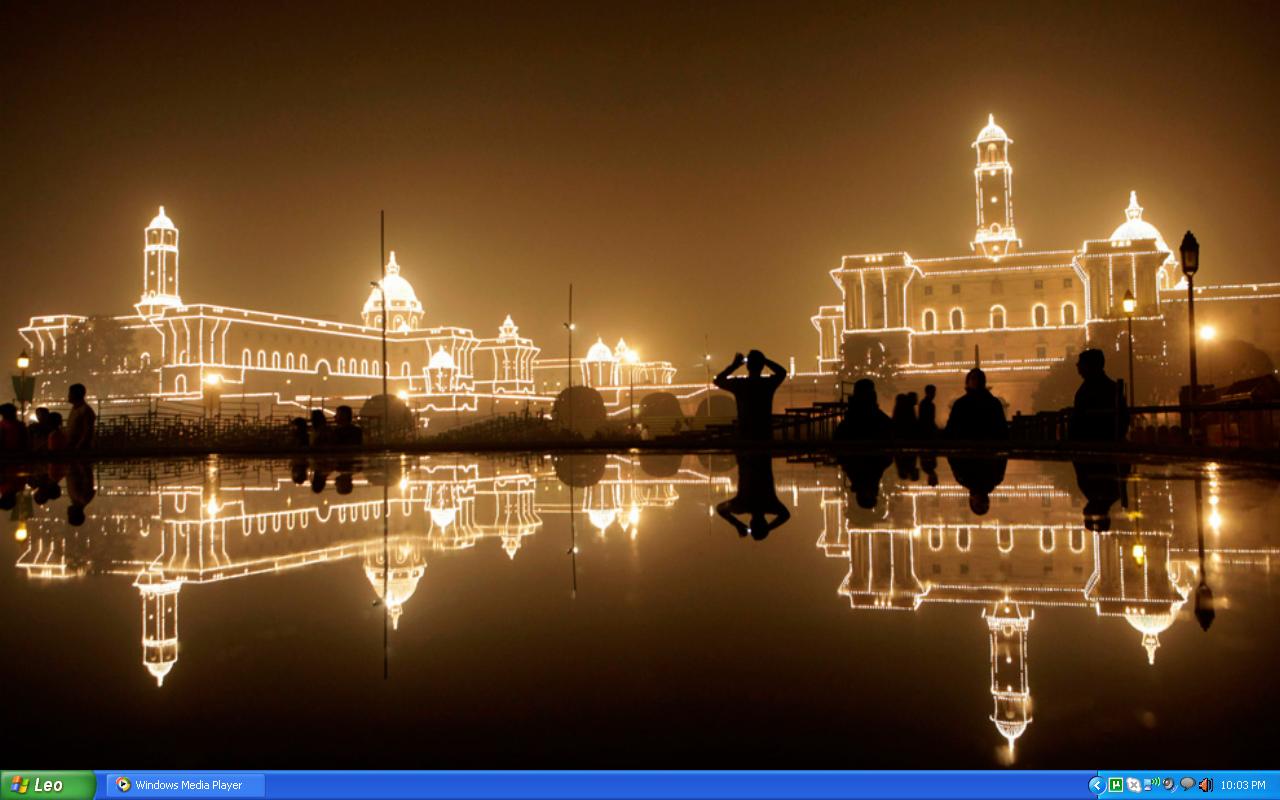 After facing so many controversies since the launch of Windows 7, now Microsoft is looking into a problem that is causing some Windows 7 users to get a warning that there is a problem with their battery. According to the company sources, there isn’t any problem in the battery. It comes into the notice that the warning that is reflecting on the PC screen, uses the computer’s basic input output system (BIOS) to try to determine whether a battery needs replacement. For some reason, the signals are getting crossed and some users are getting the message even when they should not, reports CNET.

Talking to CNET, Microsoft Official said, “We are working with our partners to determine the root cause and will update the forum with information and guidance as it becomes available.”

The company hasn’t given any specific timetable to fix it, but requested users to have faith and keep using Windows7.

A lot of methods are available to recover or reset the Windows password. The famous Ophcrack is used for recovering the password. Even i have posted about using Ophcrack. So I thought why to recover a lost password, instead why cant we simply reset or delete the password using a 3 MB file open source program.  That is what this post is about. I have not found any other method simpler than this one, it resets your password in the blink of an eye.

The method uses an open source program called Offline NT Password & Registry Editor. We can use a USB Disk Drive (Pen Drive) or burn a bootable CD for this method.

Step 1: Download the cd080802.zip file from the link below and extract it. It contains an ISO file.

Step 2: Burn the ISO file to a CD. If you are using a USB drive, then mount the cd080802.iso file to a virtual drive. Open the Virtual Drive and Copy all the contents to your USB disk. If any error comes while copying just skip the file. Now to make the USB Drive Bootable open a Command Prompt(Press Start + R, Type cmd and enter) and type the following commands:

Did you ever wonder that you had bought a 120 GB HDD but the computer showed it as a 111 GB HDD. And where did the rest of the space eventually disappear? Well nothing disappeared and even the manufacturer didnt make a fool of you.

This happens because there is a slight difference between the way the computer and the manufacturer calculate the HDD size.

One GB according to Computer Science Terminology

One GB according to Manufacturers

I did this a coupl of times and every time i had to look or the information on the web so this time i sortof thought to document it for reference and many others might find it usefull too.

It comes in handy when large list of files with their paths has to be created. As one can not type in the paths for say a directory containing 1000 or so images but to really need to do that for some data base or a gallary.

A file called filelist.txt will be created with the directory contents. If you want to create the file list elsewhere, use a fully qualified file name or use the ..\ convention. Don’t forget that Windows uses \ not / as directory delimiters.

I recently installed 2 more Gigs of RAM in my XPS 1210 making it 2.5 Gigs. Previously all was well  but now whenever i try to hibernate my laptop i get this error “Insufficient System Resources Exist to Complete the API”

What microsoft says about it.

Then you experience this problem, the hibernate feature is not available on the computer until you restart the computer. This problem typically occurs when the computer uses 1 gigabyte (GB) or more of RAM.
A Microsoft Knowledge Base article makes it clear that this is a known bug, and offers a hotfix. After going through the simple procedure of getting the hotfix sent to me, it’s now even simpler, because the hotfix is available to anyone to download, without having to call Microsoft.]
Microsoft has released the hotfix to the public. If you have been needing the hotfix for a language other than English, you may now download it directly from Microsoft’s website.

1. Start Registry Editor (Regedit.exe) by clicking Start menu, and then click the Run icon.
2. In the small box that Opens, type: regedit then click the OK button. The Registry Editor will now have opened.
3. Locate the following key in the registry:
HKEY_LOCAL_MACHINE\System\CurrentControlSet\Services\NetBT\Parameters
In the right-hand side of the window find an option called TransportBindName.
Double click that value, and then delete the default value, thus giving it a blank value.

1. Then you must now navigate to the following registry key:
HKEY_LOCAL_MACHINE\Software\Microsoft\OLE
2. You will see there is a String Value called: EnableDCOM
Set the value to: N (it should currently be Y)
3. Close the Registry Editor. Shutdown and Restart your computer.

Well that’s all but if you want you can disable NETbios.

what these ports do—->

Port 445 is deeply embedded in Windows and can be difficult or impossible to safely close. While its closure is possible, other dependent services such as DHCP (dynamic host configuration protocol) which is frequently used for automatically obtaining an IP address from the DHCP servers used by many corporations and ISPs, will stop functioning.

The widespread exposure and insecurity of this port has generated a great deal of concern among PC gurus. This has resulted in several approaches to shutting down the Windows DCOM server and firmly closing port 135 once and for all. Although applications may be “DCOM enabled” or “DCOM aware”, very few, if any, are actually dependent upon the presence of its services. Consequently, it is usually possible (and generally desirable if you’re comfortable doing such things) to shut down DCOM and close port 135 without any ill effects. (The fewer things running in a Windows system, the fewer things to suck up RAM and slow everything else down.)

Thanks a lot DON