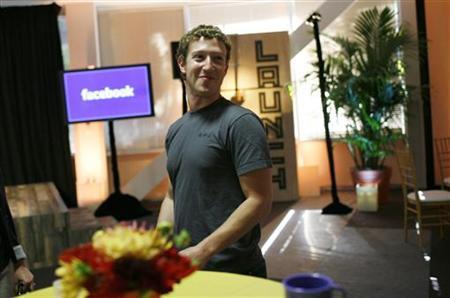 Chief Executive and founder Mark Zuckerberg told reporters in a visit to Facebook’s Seattle office on Wednesday that the company planned to “launch something awesome” next week.

He said the project had been developed at the 40-person Seattle office, Facebook’s only major engineering center outside of its Palo Alto, California headquarters.

There has been speculation in technology blogs in recent weeks about various mobile products in development at Facebook, including the release of a long-awaited Facebook app for Apple Inc’s iPad and a specialized app for photo-sharing on the iPhone.

Facebook’s Seattle office has made a mark on the company’s mobile efforts, playing a central role in the development of Facebook’s unified mobile site, unveiled in March.