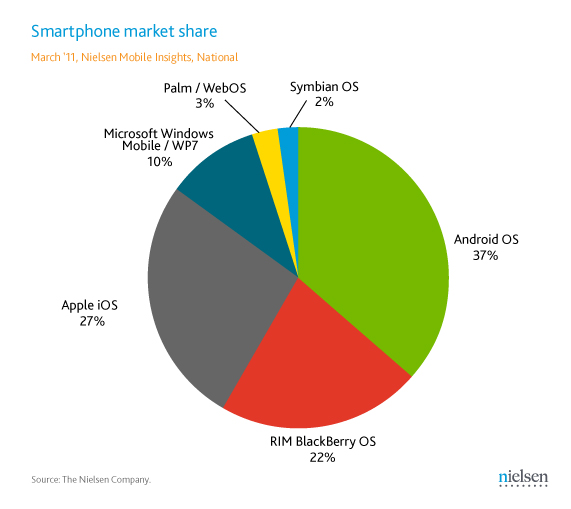 Smartphone market shares as of March 2011. Source: The Nielsen Company

Not surprisingly, the current shares in the smartphone market reflect that same relationship as these consumer-preference scores. Android handsets dominate with 37% of the market, iOS is currently the second most popular with 27%, and RIM is third with 22%.

But consumers are fickle. Will the release of the next iPhone flip those numbers in Apple’s favor, or will Android gain a large enough foothold that it will dominate for the foreseeable future?