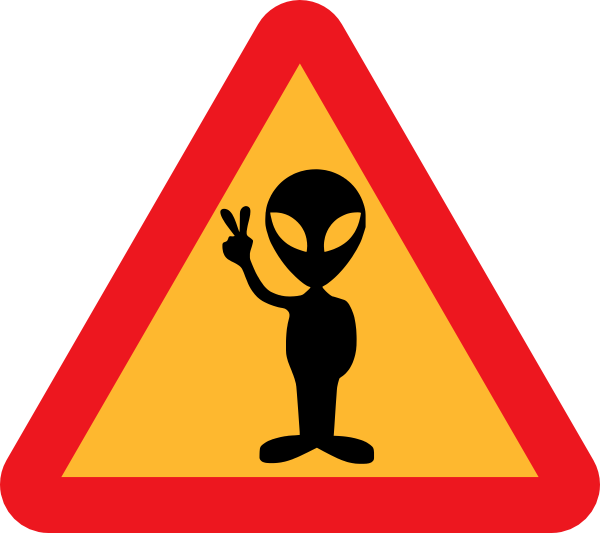 A close encounter in ufology is an event where a person witnesses an unidentified flying object. This terminology and the system of classification behind it was started by astronomer and UFO researcher J. Allen Hynek, and was first suggested in his 1972 book The UFO Experience: A Scientific Inquiry.He introduced the first three kinds of encounters; more sub-types of close encounters were later added by others, but these additional categories are not universally accepted by UFO researchers, mainly because they depart from the scientific rigor that Hynek aimed to bring to ufology.
Sightings more than 500 feet (160 m) from the witness are classified as “Daylight Discs,” “Nocturnal Lights,” or “Radar/Visual Reports.” Sightings within about 500 feet are subclassified as various types of “close encounter.” Hynek and others argued a claimed close encounter must occur within about 500 feet to greatly reduce or eliminate the possibility of misidentifying conventional aircraft or other known phenomena.

Close Encounter of the First kind
A sighting of one or more unidentified flying objects:

* Aerial objects that are not attributable to known human technology

Close Encounter of the Second kind
An observation of a UFO, and associated physical effects from the UFO, including:

Close Encounter of the Third kind
An observation of what Hynek termed “animate beings” observed in association with a UFO sighting. Hynek deliberately chose the somewhat vague term “animate beings” to describe beings associated with UFOs without making any unfounded assumptions regarding the beings’ origins or nature. Hynek did not necessarily regard these beings as “extraterrestrials” or “aliens.” Additionally, Hynek further expressed discomfort with such reports, but felt a scientific obligation to include them, at the very least because they represented a sizable minority of claimed UFO encounters.
[edit] Bloecher subtypes

The UFO researcher Ted Bloecher proposed seven subtypes for the close encounters of the third kind in the Hynek’s scale.

Close Encounter of the Fourth kind
A human is abducted by a UFO or its occupants. This type was not included in Hynek’s original close encounters scale.

Jacques Vallee, Hynek’s erstwhile associate, argued that a CE4 should be described as “cases when witnesses experienced a transformation of their sense of reality,” so as to also include non-abduction cases where absurd, hallucinatory or dreamlike events are associated with UFO encounters.

Also in some cases, The Fourth Kind is described as being in the presence or under possession. Described in various UFO abduction cases as the most fearful experience of any.. the presence, not true visibility, but the realm, or sense of their presence.

Close Encounter of the Fifth kind
Named by Steven M. Greer’s CSETI group, these purported encounters are joint, bilateral contact events produced through the conscious, voluntary and proactive human-initiated or cooperative communication with Extraterrestrial intelligence. This is very similar to some “contactees” of the 1950s who claimed regular communication with benevolent aliens. 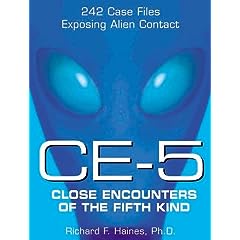 Close Encounter of the Sixth kind
On Michael Naisbitt’s website, a sixth proposed CE scenario is described as UFO incidents that cause direct injury or death. This category was not included in Hynek’s scale, and is furthermore redundant: a CE2 in Hynek’s scale specifically included UFO encounters that leave direct physical evidence of any kind.

Close Encounter of the Seventh kind
The Black Vault Encyclopedia Project proposes a Close Encounter of the Seventh Kind as human-alien hybridisation. This concept similar to ideas promoted by ancient astronauts theorists like Erich von Däniken, Zecharia Sitchin and Robert K.G. Temple, in that extraterrestrials interacted with, perhaps interbred with and influenced ancient human beings in the past.
This concept of CE7 is at odds with Hynek’s original concepts, however. Hynek’s CE3 specifically avoided describing UFO occupants as “aliens” or “extraterrestrials,” contending that there was not enough evidence to determine if beings associated with UFOs had an objective physical reality, let alone to confirm their origins or motives.